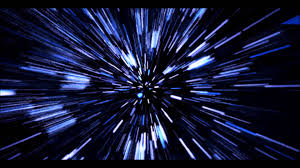 In the upcoming Fall 2018 issue of the Cyber Defense Review, I present a concept – the Zero Domain. The Zero Domain concept is battlespace singularity through acceleration. There is a point along the trajectory of accelerated warfare where only one warfighting nation comprehend what is unfolding and the sees the cyber terrain; it is an upper barrier for comprehension where the acceleration makes the cyber engagement unilateral.

I intentionally use the word accelerated warfare, because it has a driver and a command of the events unfolding, even if it is only one actor of two, meanwhile hyperwar suggests events unfolding without control or ability to steer the engagement fully.

It is questionable and even unlikely that cyber supremacy can be reached by overwhelming capabilities manifested by stacking more technical capacity and adding attack vectors. The alternative is to use time as the vehicle to supremacy by accelerating the velocity in the engagements beyond the speed at which the enemy can target, precisely execute and comprehend the events unfolding. The space created beyond the adversary’s comprehension is titled the Zero Domain. Military traditionally sees the battles space as land, sea, air, space and cyber domains. When fighting the battle beyond the adversary’s comprehension, no traditional warfighting domain that serves as a battle space; it is a not a vacuum nor an unclaimed terra nullius, but instead the Zero Domain. In the Zero Domain, cyberspace superiority surface as the outfall of the accelerated time and a digital space-separated singularity that benefit the more rapid actor. The Zero Domain has a time space that is only accessible by the rapid actor and a digital landscape that is not accessible to the slower actor due to the execution velocity in the enhanced accelerated warfare. Velocity achieves cyber Anti Access/Area Denial (A2/AD), which can be achieved without active initial interchanges by accelerating the execution and cyber ability in a solitaire state. During this process, any adversarial probing engagements only affect the actor on the approach to the Comprehension Barrier and once arrived in the Zero Domain there is a complete state of Anti Access/Area Denial (A2/AD) present. From that point forward, the actor that reached the Zero Domain has cyberspace singularity where the accelerated actor is the only actor that can understand the digital landscape, engage unilaterally without an adversarial ability to counterattack or interfere, and hold the ability to decide when, how, and where to attack. In the Zero Domain, the accelerated singularity forges the battlefield gravity and thrust into a single power that denies adversarial cyber operations and acts as one force of destruction, extraction, corruption, and exploitation of targeted adversarial digital assets.

The Zero Domain is the warfighting domain where accelerated velocity in the warfighting operations removes the enemy’s presence. It is the domain with zero opponents. It is not an area denial, because the enemy is unable to accelerate to the level that they can enter the battle space, and it is not access denial because the enemy has never been a part of the later fight since the Comprehension Barrier was broken through.

Even if adversarial nations invest heavily in quantum, machine learning, and artificial intelligence, I am not convinced that these adversarial authoritarian regimes can capitalize on their potential technological peer-status to America. The Zero Domain concept has an American advantage because we are less afraid of allowing degrees of freedom in operations, whereas the totalitarian and authoritarian states are slowed down by their culture of fear and need for control. An actor that is slowed down will lower the threshold for the Comprehension Barrier and enable the American force to reach the Zero Domain earlier in the future fight and establish information superiority as confluency of cyber and information operations.

Jan Kallberg is a research scientist at the Army Cyber Institute at West Point and an assistant professor in the department of social sciences at the United States Military Academy.The views expressed are those of the author and do not reflect the official policy or position of the Army Cyber Institute at West Point, the United States Military Academy or the Department of Defense.