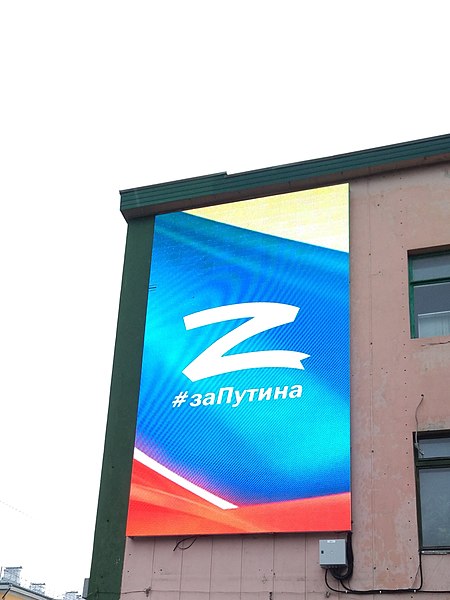 Russia has moved from Soviet-style warfare to self-pitying introspection, but it remains dangerous and must be defeated.

Russia is going to war with Ukraine to defend the Motherland from gay parades. Russia is defending against an onslaught of transgender NATO satanist mercenaries of mixed ethnicity. Russian state television discusses whether it’s best to bomb Berlin first, or more sensible to start with London and then move on to eradicate the rest of Western Europe, thus removing the sources of support for the queer-Nazi government in Kyiv.

I must be honest and say it is hard to write about the Russian geopolitical situation when the Russian weltanschauung (worldview) is, to put it mildly, clinically interesting. For those of us who were active during the Cold War and spent time studying the-then Soviets, the war in Ukraine has gone from the predictable — e.g., the old-school Soviet doctrine of an initial air assault on the Antonov airfield in a bid to decapitate the Ukrainian government — to a humiliating exposure of Russian military shortcomings and failures, and thereafter a profoundly odd misalignment to reality. I don’t say Russia’s ability to kill and harm other people should be underestimated, but that now appears the only skill left in the toolbox, while the narrative supporting the war has disintegrated.

A recent interview with the Russian lawmaker and actress Yelena Grigorevna Drapeko, a long-serving member of the Russian legislature, epitomizes the supremacist and ethnocentric view dominating the official discussion. According to Drapeko, Ukraine doesn’t exist; it is Russia. Borders are not to be recognized; these lines on maps are phony, and the population in the territory of Ukraine would only benefit from a Russian takeover.

The interview is not unique; it is an echo of Vladimir Putin’s notorious July 2021 faux-history essay On the historical unity of Russians and Ukrainians and mirrors widespread sentiments that have not surfaced overnight. The Russian von oben perception of inherited supremacy considers Russian culture superior throughout all of Eastern Europe and Euro-Asia, which in turn gives Russians the right to establish hegemony across “its” sphere. This is not the creation of a disinformation campaign or a troll farm; it is a century-old (or more) supremacist belief that has gone from tsarist to communist to fascist.

The German school atlases from the 1930s showed the Deutsche Reich, that is Germany within its borders; but they also showed German Sprachboden, the Germanic language area, which was significantly larger, and then the German Volksboden, which was half of Europe; and then finally the most extensive map depicted the German cultural area, or Kulturboden, which stretched from Russia to Normandy. Modern (there really is no other word) fascist Russian rhetoric posits something similar within the concept of Russkiy mir; the Russian world is a statement of Russian kulturboden and the Russian regime’s right to conquer and invade and recapture “what is theirs.”

In reality, the Russian invasion has failed. The professional army has been humiliatingly denied victory by an adversary it considered inferior in every way. Russia now has to beg, and amend its foreign policy, to suit rogue states like Iran in its pursuit of the missiles and drones its industry is unable to produce. Likewise North Korea. The combat-averse air force only flies where there are no Ukrainians, it’s Black Sea flagship; Moskva, is a reef on the sea floor; and the hardware offered to newly mobilized units was old even in the 1980s. The shattered and rusted remains of Russia’s spearpoint shock units — more than 8,000 tanks and other vehicles — now litter the fields of Ukraine, or are in Ukrainian service.

Future reunions of Russian Spetsnaz, paratroop, and naval infantry units will be small gatherings, as their losses in Ukraine are staggering. The attack on the Nord Stream natural gas pipeline in the Baltic Sea to put a stranglehold on Western Europe didn’t work. Instead of a professional army driven by discipline, effective leadership and ethics, the Russian army gives no signs of being anything other than a fear-driven horde that kidnaps, tortures, and murders human beings. It is meanwhile so focused on loot that it is reduced to stealing llamas and a raccoon from a zoo, while despoiling Ukrainian museums and carting off electrical goods from vandalized homes.

Meanwhile, Russian public storytelling continues to assert a moral superiority in a world perversely misunderstanding its motives. This, it tells anyone willing to listen, is another Great Patriotic War. No, it isn’t; it is a failing supremacist dream. The war in Ukraine is better described as a Great Pathetic War which attempts to reshape the world, its history, and its realities. This is far beyond the powers of an energy-rich but kleptocratic state whose ability to inspire is illustrated by the hundreds of thousands of draft dodgers who have left the country rather than fight for Putin’s imagined “Russian World.”

The idea that the world’s democracies should bend their knee to this absurd ideology is preposterous. An early, face-saving peace enabling Putin to claim victory will merely guarantee another European war within the decade. Just as the participants at the Casablanca conference in 1943 did not waste time figuring out how to spare the blushes of Nazi Germany or Imperial Japan, the democratic world must stay strong in defense of Ukraine. Russia’s supremacist ideology must come to an end.

Jan Kallberg, Ph.D., LL.M., is an Assistant Professor in the Department of Mathematical Sciences at the United States Military Academy and a Scientist in the Insider Threat Research program. He is also a  Non-resident Senior Fellow with the Transatlantic Defense and Security program at the Center for European Policy Analysis (CEPA). Follow him at cyberdefense.com and @Cyberdefensecom.

The views expressed are those of the author and do not reflect the official policy or position of the United States Military Academy, the Department of Defense, or the US Government. 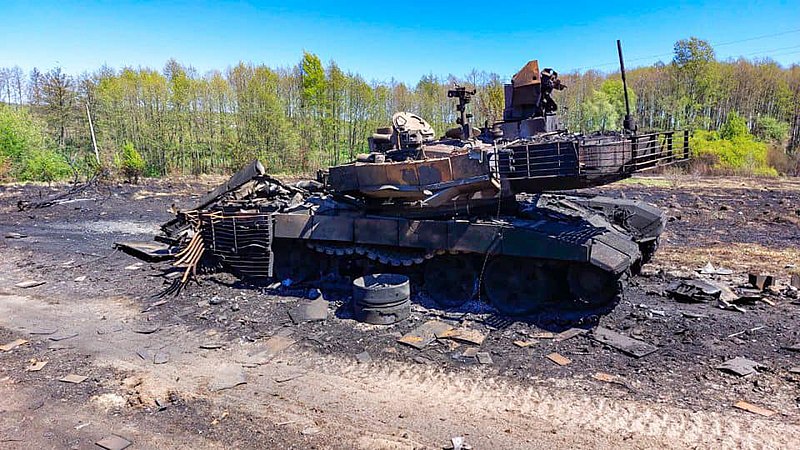 For a mobilization effort to create new units that can enter the war and successfully fight, not only are arms, equipment, and soldiers are needed, but a cadre of available experience tactical leaders that can train, forge cohesion, and lead the new units into combat. After over ten months of war in Ukraine, Russian ground forces lost a significant portion of their able tactical leaders – the ground-war company commanders. The company commanders lead the fight at the forward platoons, are close to contact with the enemy, and must be in the forefront to maintain the initiative. The Russian junior officers have been more exposed due to the low motivation of the Russian troops, forcing the officers to be at the edge of the front and lead by example in urban combat, with heightened risks. The Russian mobilization efforts’ strategic impact is doomed to fail as the Russian army runs out of experienced tactical leaders – the company commanders.

The reliance on experienced tactical officers is a flawed Russian organizational design, which is exacerbated by the absence of a leadership layer of non-commissioned officers that could train, lead, and augment the tactical officers. Russian companies have fewer soldiers than their Western counterparts and rely on the direct leadership of the company commander, who executes command and control.

NO MORE THAN HALF LEFT

According to the volunteer-driven Twitter feed Russian Officers killed in Ukraine, which gathers information about slain Russian officers in the Ukrainian war from obituaries, death notices, and other publicized sources, as of the 29th of December 2022, there were 1,602 Russian officers killed in action. International news outlets have to focus on the ten slain generals in the widely accepted listing, which is natural as a division commander is considered a more significant loss for the Russian war effort than a company commander, just from a strict news perspective. But the systemic impact that will cripple the Russian army is the loss of junior officers.

The researchers of Russian Officers killed in Ukraine had, by the 8th of December, identified and verified 840 killed Russian captains and senior lieutenants. The ratio of killed to wounded in action (WIA) is traditionally 1:3; for each killed in action (KIA), there are three wounded in action in a highly intense war. The Russian logistic failures also affected the ability to care for the wounded by having far more deaths due to the inability to evacuate in time and provide care. So the ratio KIA / WIA is likely 1:1.5, which would be using only the number of verified killed Russian captains and senior lieutenants 1 260 WIA. If half of these WIA will not return to active duty due to the severity of the injuries, then 1 470 Russian captains and senior lieutenants are either killed or injured to the degree that they can not be tactical leaders in the continued war.

The estimation of killed Russian captains and senior lieutenants is a confirmed minimum estimate.

In Russia, a soldier or officer missed in action is not declared dead, even if fellow soldiers witnessed, for example, a catastrophic armored kill, until at least six months after the report. There is also likely unwillingness to publicize all deaths in death notices and obituaries for several reasons ranging from family requests to cover up the extent of losses in highly valued units such as special forces.

Experienced company commanders play a crucial role in the creation of new units as they set the training standard, act as subject matter expert of the fight to come, and drives the preparation before a new infantry or armor unit is ready to be sent to the front. The Russian army has already lost many experienced tactical leaders and will need the ones it still has to upkeep the existing army. Not enough competent tactical leadership is available to lead the companies already engaged in the fight and divert officers to newly formed conscripted units. So officers from other branches will have to fill the ranks of these newly mobilized units, which will only increase the losses and hardship for the Russian army as there is no rotation of their officers between branches. So once the Russian army no longer has ground war officers, the other branches will fill ranks in the infantry and armor units. Due to no rotation, these officers from signal corps, logistics, and administration will have close to zero experience leading a ground fighting unit, which will only increase the fatalities and mistakes in the Russian tactical performance.

The massive losses of captains and senior lieutenants in the Russian army created an obstacle to creating capable military units out of the hundreds of thousands of mobilized Russian conscripts, which is almost impossible to solve in the short term. The Russian mobilization, followed by a second mobilization, will not produce the strategic effect sought to enable a decisive Russian offensive, as the Russian army has an increasing deficit of capable tactical leaders.