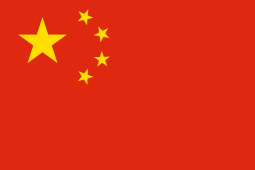 What happens if China engages in a great power conflict and loses? Will the Chinese Communist Party’s control over the society survive a horrifying defeat?
People’s Liberation Army PLA last fought a massive scale war during the invasion of Vietnam in 1979, which was a failed operation to punish Vietnam for toppling the Khmer Rouge regime of Cambodia. Since 1979, the PLA has been engaged in shelling Vietnam at different occasions and involved in other border skirmishes, but not fought a full-scale war. In the last decades, China increased its defense spending and modernized its military, including advanced air defenses and cruise missiles, fielded advanced military hardware, and built a high-sea navy from scratch; there is significant uncertainty of how the Chinese military will perform.

Modern warfare is integration, joint operations, command, control, intelligence, and the ability to understand and execute the ongoing, all-domain fight. War is a complex machinery, with low margins of error, and can have devastating outcomes if not prepared. It does not matter if you are against or for the U.S. military operations the last three decades, fact is that the prolonged conflict and engagement have made the U.S. experienced. The Chinese inexperience, in combination with unrealistic expansionistic ambitions, can be the downfall of the regime. Dry swimmers maybe train the basics, but they are never great swimmers.

Although it may look like a creative strategy for China to harvest trade secrets and intellectual property as well as put developing countries in debt to gain influence, I would question how rational the Chinese apparatus is. The repeated visualization of the Han nationalistic cult appears as a strength, the youth are rallying behind the Xi Jinping regime, but it is also a significant weakness. The weakness is blatantly visible in the Chinese need for surveillance and population control to maintain stability: surveillance and repression that is so encompassing in the daily life of the Chinese population that German DDR security services appear to have been amateurs. All chauvinist cults will implode over time because the unrealistic assumptions add up, and so will the sum of all delusional ideological decisions. Winston Churchill knew after Nazi-Germany declared war on the United States in December of 1941 that the Allies will prevail and win the war. Nazi-Germany did not have the GDP or manpower to sustain the war on two fronts, but the Nazis did not care because they were irrational and driven by hateful ideology. Nazi-Germany had just months before they invaded the massive Soviet Union, to create lebensraum and feed an urge to reestablish German-Austrian dominance in Eastern Europe. The Nazis unilaterally declared war on the United States. The rationale for the declaration of war was ideology, a worldview that demanded expansion and conflict, even if Germany was strategically inferior and eventually lost the war.

The Chinese belief that they can be a global authoritarian hegemony is likely on the same journey. China is today driven by their flavor or expansionist ideology that seek conflict, without being strategically able. It is worth noting that not a single major country is their allies. The Chinese supremacist propaganda works in peacetime, holding massive rallies and hailing Mao Zedong military genius, and they sing, dance, and wave red banner, but will that grip hold if PLA loses? In case of a failed military campaign, is the Chinese population, with the one-child policy, ready for casualties, humiliation, and failure?
Will the authoritarian grip with social equity, facial recognition, informers, digital surveillance, and an army that peace-time function is primarily crowd control, survive a crushing defeat? If the regime loses the grip, the wrath of the masses is like unleashed from decades of repression.

A country of the size of China, with a history of cleavages and civil wars, that has a suppressed diverse population and socio-economic disparity can be catapulted into Balkanization after a defeat. In the past, China has had long periods of internal fragmentation and weak central government.

The United States reacts differently to failure. The United States is as a country far more resilient than we might assume watching the daily news. If the United States loses a war, the President gets the blame, but there will still be a presidential library in his/her name. There is no revolution.

There is an assumption lingering over today’s public debate that China has a strong hand, advanced artificial intelligence, the latest technology, and is an uber-able superpower. I am not convinced. During the last decade, the countries in the Indo-Pacific region that seeks to hinder the Chinese expansion of control, influence, and dominance have formed stronger relationships increasingly. The strategic scale is in the democratic countries’ favor. If China still driven by ideology pursues conflict at a large scale it is likely the end of the Communist dictatorship.

In my personal view, we should pay more attention to the humanitarian risks, the ripple effects, and the dangers of nukes in a civil war, in case the Chinese regime implodes after a failed future war. 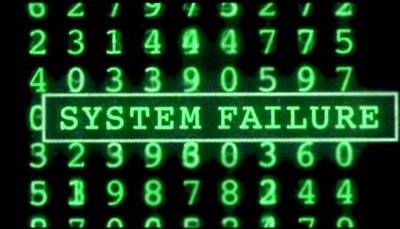 Any attempt to interfere with democratic elections, and the peaceful transition of power that is the result of these elections, is an attack on the country itself as it seeks to destabilize and undermine the core societal functions and constitutional framework. We all agree on the severity of these attempts and that it is a real, ongoing concern for our democratic republic. That is all good, and democracies have to safeguard the integrity of their electoral processes.

But what is less discussed is why the main perpetrator — Russia, according to media — is seeking to interfere with the U.S. election. What is the Russian rationale behind these information operations targeting the electoral system?

The Russian information operations in the fault lines of American society, seeking to make America more divisive and weakened, has a more evident rationale. These operations seek to expand cleavages, misunderstandings, and conflicts within the population. That can affect military recruiting, national obedience in a national emergency, and have long-term effects on trust and confidence in the society. So seeking to attack the American cognitive space, in pursuit of split and division in this democratic republic, has a more obvious goal. But what is the Russian return on investment for the electoral operations?

Even if the Russians had such an impact that candidate X won instead of candidate Y, the American commitment to defense and fundamental outlook on the world order has been fairly stable through different administrations and changes in Congress.

Naturally, one explanation is that Russia, as an authoritarian country with a democratic deficit, wants to portray functional democracies as having their issues and that liberal democracy is a failing and flawed concept. In a democracy, if the electoral system is unable to ensure the integrity of the elections, then the legitimacy of the government will be questioned. The question is if that is the Russian endgame.

In my view, there is more to the story than Russians just trying to interfere with the U.S. to create a narrative that democracy doesn’t work, specially tailored for the Russian domestic population so they will not threaten the current regime. The average Russian is no free-ranging political scientist, thinking about the underpinnings of legitimacy for their government, democratic models, and the importance of constitutional mechanisms. The Russian population is made up of the descendants of those who survived the communist terror, so by default, they are not so quick to ask questions about governmental legitimacy. There is opposition within Russia, and a fraction of the population would like to see a regime change in the Kremlin, like many others. But in a Russian context, regime change doesn’t automatically mean a public urge for liberal democracy.

Let me present another explanation to the Russian electoral interference, which might co-exist with the first explanation, and it is related to how we perceive Russia.

So instead of seeing Russia for what it is, a country with significant domestic issues and reliant on massive extraction of natural resources to sell to a world market that buys from the lowest bidder, we overestimate their ability. Russia has failed the last decades to advance their ability to produce and manufacture competitive products, but the information operations make us believe that Russia is a potent superpower.

The nuclear arsenal makes Russia a superpower per se. Still, it cannot be effectively visualized for a foreign public, nor can it impact a national sentiment in a foreign country, especially when the Western societies in 2020 almost seem to have forgotten that nukes exist. Nukes are no longer “practical” tools to project superpower status.

If the Russians stir up our politicians’ beliefs that the Russians are a significant adversary, and that gives Russia bargaining power and geopolitical consideration, it appears more logical as a Russian goal.